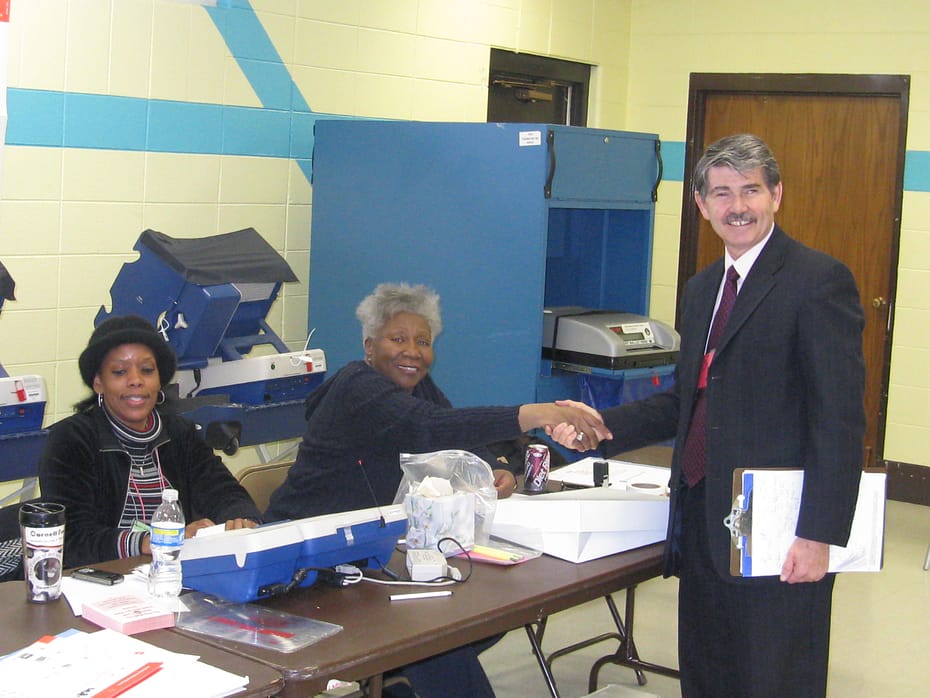 Petition filing for the February municipal election in Chicago, a process that is painful and costly for candidates and confusing for voters, ended Monday. But it’s only the beginning of a very expensive month of litigation around voters’ signatures.

In May of this year, after once again experiencing an expensive and frustrating ballot access fight during the primary, I released a set of proposals to make determining who will be on the ballot easier for candidates, voters and election administrators. I am reissuing those proposals today.

The Chicago Sun-Times, for one, supported our proposals after we visited with their editorial board. The proposals were turned into legislation in Springfield, as well. If they can’t get through veto session, these reforms should be a priority for the next legislature and governor. Each day for the next six weeks we’ll hear about who is or isn’t going to be on the ballot, who did or did not demonstrate the levels of support by gathering signatures. And while the airwaves will be full of talk about process, they will not be full of candidates talking about safety, health care, policing and the future of our great city and metropolitan area. Chicago, Cook County, and Illinois deserve better. Though I am leaving elected office, I hope those that remain continue to reform the way we do business keeping voters at the center.

My office has pushed to consolidate and professionalize the administration of electoral boards for years. And while we have achieved some important reforms, like moving many small local boards to the jurisdiction of the County Clerk, more changes need to be made. We believe we can make these changes in part by harnessing the power of other election officials’ innovations to further expand access to the ballot.

Below are three modest reforms to the candidate filing and electoral board process that will help ensure that voters, administrators and candidates are best positioned to play their part in democracy. Through these efforts, we can increase the efficiency of the process for candidates and administrators, lower the burden on candidates and give the courts adequate time to sort through all issues.

Like Election Day Registration, this can be piloted in Cook County so we can refine it for all of Illinois. We advocate making it available for candidates running for Cook County offices and local schools, parks, libraries and other districts wholly within suburban Cook County.

eSign is a mobile application that enables candidates to gather signatures in person, but digitally, with real time feedback on whether the voter is registered or lives in the political district – and it allows signers to update their voter registrations on the spot. In Denver’s 2015 municipal election, 97 percent of eSign signatures collected were accepted. That’s up from about half that are usually considered good after adjudication here in Cook County. This is a huge win for candidates, for election administrators, and most importantly, for voters.

Lower the Burden on Candidates, Save Time and Money – It’s time to lower the filing requirements for countywide offices in Cook County. It is not necessary to require more signatures for Water Commissioner or Clerk than we require for the Governor of our entire state. We call for a limit on the minimum number of signatures required for any countywide to be equal to the minimum required for Governor. I also call for a cap on the total number of signatures a candidate can file to three times the minimum – similar to candidates for state office.

Currently for all countywide offices in Cook, petitions must be signed by at least .5% of the vote cast for the candidate of his/her party who received the highest number of votes in the county at the 2016 General Election. For Cook County Clerk, for example, that meant a Democratic candidate must have collected at least 8,200 signatures. In comparison, to run for Illinois Governor, candidates needed only 5,000. Our change would mean that Countywide candidates would need 5,000 good signatures and could file no more than 15,000.

This would lower the burden of collection and shift the burden of proof to campaigns, prior to filing. This saves campaigns time and saves taxpayers and election officials money. It also helps ensure that when it’s time to vote, voters are presented with the final ballot, free of notices.

Change the Calendar & Move the Primary Date – I am calling for an increase in time by two weeks between filing and Primary Election Day. This change, coupled with the others should ensure that courts have adequate time to give due process to candidates contesting electoral board decisions. It also helps ensure that administrators can safely remove or replace candidates on the ballot without relying on notices.

This calendar change is best coupled with a move of the Primary Election to May or later. The election calendar is already too long – it promotes what are effectively endless campaigns. With the current calendar design, interested challengers must have made a decision, built a campaign and fundraised at least 15 months in advance of the actual election. This is not good for our democracy.